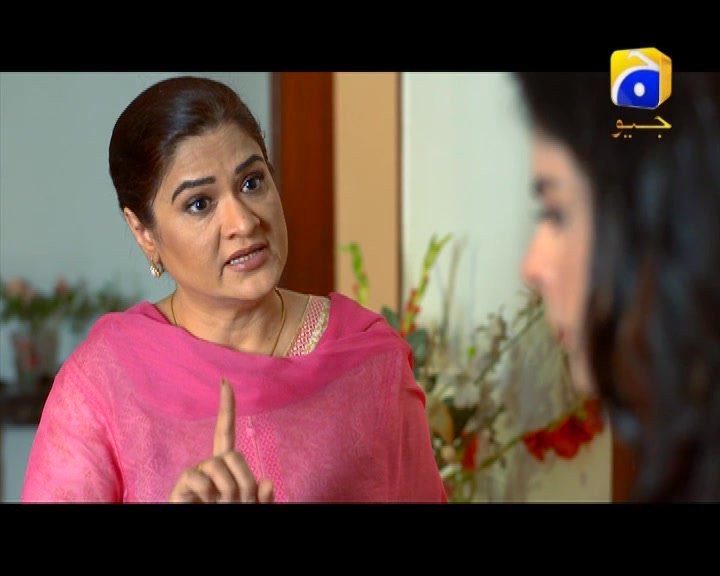 Noor Jehan, a young, educated and a home maker kind a girl will be marry Saleem, a grocery shop owner, because of his father’s death he couldn’t finish his studies after the 5th grade. Saleem has been under the influence of his friends and they have always directed him on the wrong path.rnSaleem is the dominating man who doesn’t believe in giving respect to the women and doesn’t believe in equality. So much so that he stops his brother to finish the education, never have he spoken to the sister. Because of his short temper and aloof personality everyone in the family is scared of him and stays on their toes to fulfill all his requirements.rnAfter he marries Noor Jehan with her kindness and ability to handle every situation brings a positive change in her in-laws life which Saleem never accepts or appreciate. A little that he admires about his wife goes away when his friends tell him that it is wrong of him to be influenced by a woman. Therefore Saleem has always treat his wife in ill-mannered way to keep her on low grounds in the family.rnThey will have two kids and after the years of struggle Noor Jehan’s kids will be raised differently, now their daughter is married and lives abroad and their son married and settled in Dubai. In all these years Noor Jehan will leave Saleem first time against his wish to help her son with their first baby. In the absence of Noor Jehan Saleem will understand the contribution Noor Jehan has done to him and his family.rnCast: Ayesha Khan, Jibran, Shakeel, Noman Habib, Faria Sheikh, Sajida Syed, Humera BanornWritten by: Sarwat NazeerrnDirected by: Siraj ul Haqrn