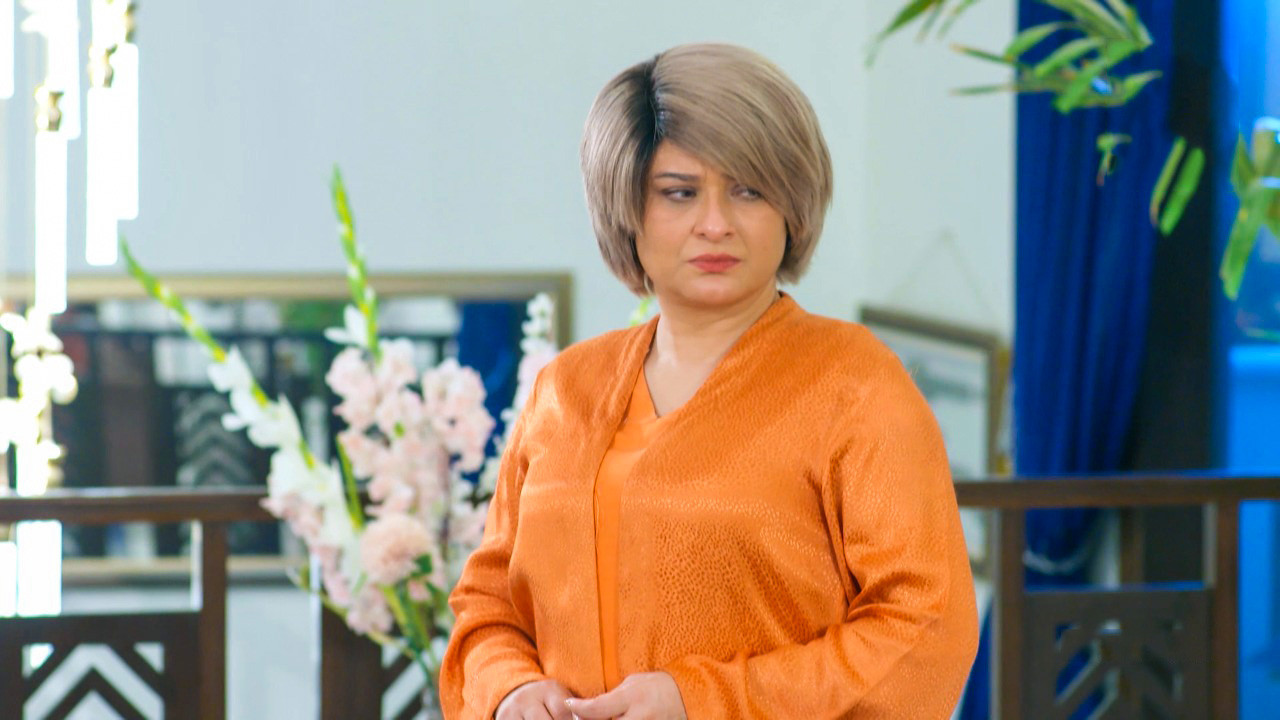 Sania Saeed's role as an antagonist in drama serial Dour does not just bring on screen an interesting persona but also greater evil. With eight episodes out, Mrs Ehtisham is already responsible for the killing of Asma's father for refusing to marry off his daughter to Mrs. Ehtisham's handicapped son Abaan.

The matter surely wouldn't have gone too far if Abaan hadn't demanded to have everything that belongs to Mrs Ehtisham's adopted son Romaan. But if only Mrs. Ehtisham hadn't imposed her motto of life upon her physically challenged son Abaan, he wouldn't have become so bitter and aggressive. Despite him wanting the simplest form of love and some encouragement, it has been implied in the drama serial that Mrs. Ehtisham keeps him isolated.

The recent episode revealed that Asma keeps her promise of burning the puppets that belonged to her father. But he was killed before he could make the most crucial revelation about Mrs. Ehtisham's dark motives.

Mrs. Ehtisham and Abaan are now close to benefiting from Sabir's demise now that Asma is dependant on her disgruntled aunt, who always seemed least concerned about her wellbeing. As for Romaan, a teaser of tonight's episode has hinted at the conspiracy Mrs Ehtisham has mapped out to distance Asma from Roman emotionally.

Will Romaan and Asma fall prey to disinformation and manipulation? Or will Abaan and Mrs Ehtisham fail at controlling the girl Romaan loves so deeply.