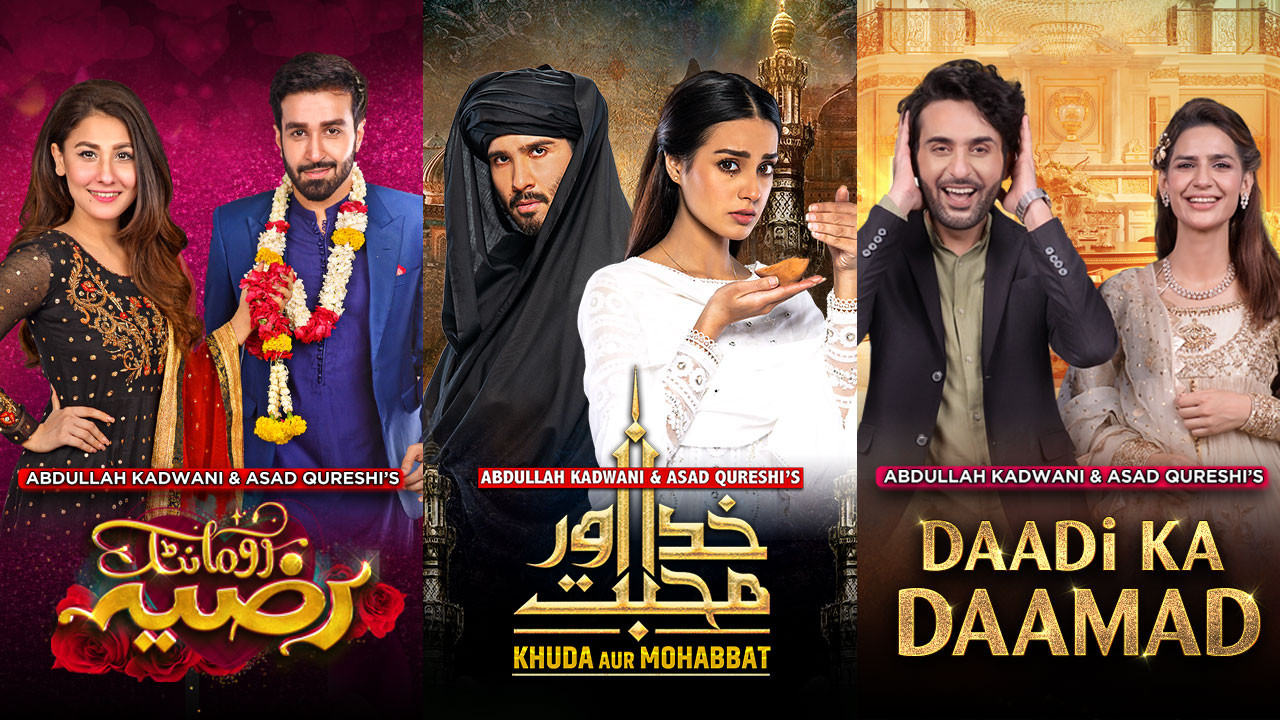 A long weekend is coming our way with this year’s Eid-ul-Adha. On this festive occasion, Geo Entertainment brings to you a roster of exciting new telefilms, drama serials premiere, mega episodes and blockbusters.

Some gripping teasers have already been rolled out ahead of Eid ul Adha holidays— hinting at the arrival of two new telefilms titled Romantic Razia and Daadi Ka Daamad.

Starring the crowd’s favourite duo Hina Altaf and Azfar Rehman, Romantic Razia ventures deep into how marriages require more working on the details rather than just looking out for the glamourous aspect of it. If you find thrill in romantic comedies, then Romantic Razia is the one to tune in for on Eid day 1 at 9:00 p.m.

Telefilm Daadi Ka Daamad has a more tangled love story in store for Affan Waheed and Madiha Imam’s fans, slated to air on Eid day 2 at 9:00 p.m. Just another presentation of 7th Sky Entertainment, this riveting play is much about polishing off the tarnish on familial ties.

But Bechari Qudsia will be the first to take wings as it is starting on July 19th to air daily at 7:00p.m. This upcoming heartrending drama serial revolves around the complex ups and downs of entertaining the social media, starring Fatima Effendi and Bilal Qureshi as lead cast.

Last but not the least, Rang Mehal will premiere with a mega episode on 24th July at 8:00 p.m. Produced by the dynamic duo of Abdullah Kadwani and Asad Qureshi, Rang Mehal is an interesting mix of drama and emotional reawakening in unrequited love. The drama serial revolves around a young girl’s strive for dignity and acceptance around her ill-wishers.

Each day of this long weekend is packed with surprises and sheer entertainment so you can sit with family and enjoy our jam-packed schedule, which also includes mega episodes of our blockbuster drama serial Khuda Aur Mohabbat (airs on Friday at 8:00 p.m.) as well as the newly-launched Dour (airs on Tuesday at 8:00 p.m.).

However, Geo Entertainment will also bid adieu to two drama serials Kasa-e-Dil and Mohlat on Monday (today) with their last episodes at 8:00 p.m. and 9:00 p.m.

A handful of blockbusters films and telefilms have also been lined up in our Eid Day roster, including Heer Maan Ja, The Donkey King, Dil Tera Hogaya, Wrong no., Teri Meri Kahani, Zoya Ne Haan Kardi, Wajood, Wrong no.2, and Filmy Siyappa.