Is Mehmal going to dig into Dilnasheen’s past this time? 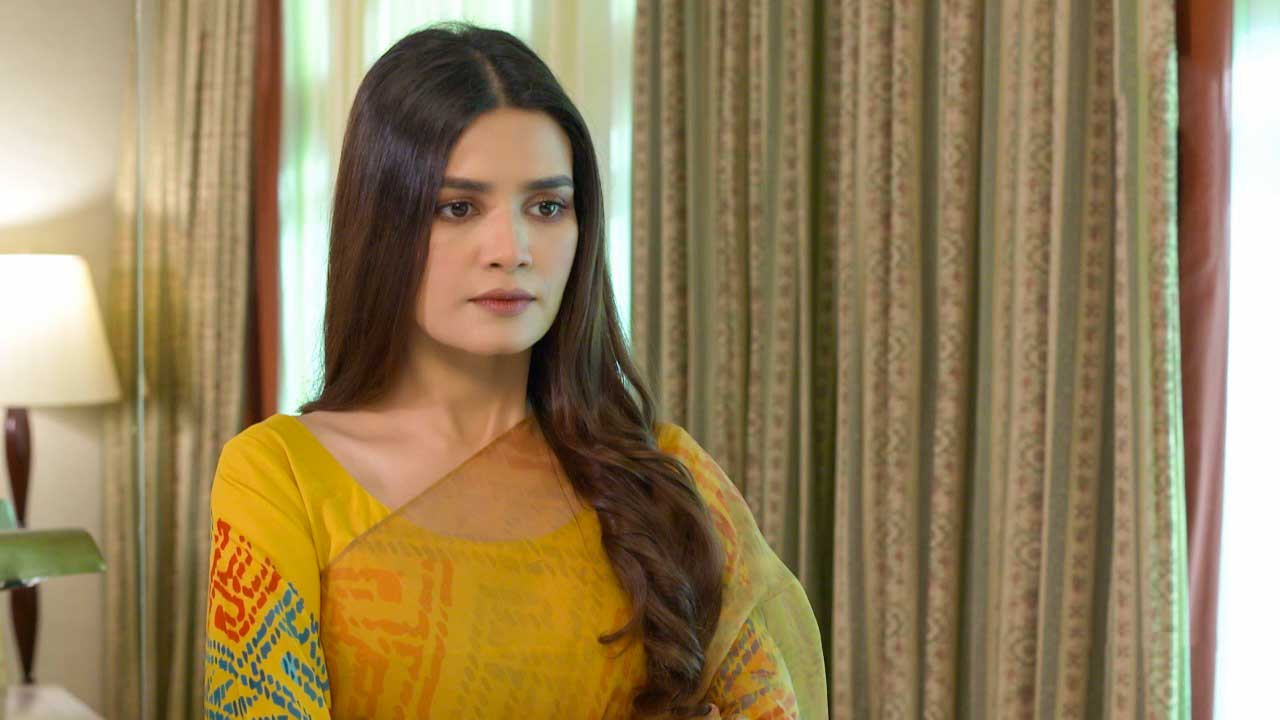 Drama serial Fitoor touched another topic of a woman’s helplessness in a recent episode where Dilnasheen (starring Hiba Bukhari) headed to her mother’s house with her luggage after seeing Haider (Faysal Quraishi) walk into a hotel room with another woman.

To her surprise, Dilnasheen was not even given the time to process things as her own mother made her feel unwelcomed, saying that a married girl only belongs to her husband’s house no matter how disrespected she feels under that roof.

Dilnasheen shook her head in disbelief as her own mother forbade her from protesting against her husband’s intimacy with Mehmal (Kiran Haq). This unhealthy mother-daughter relationship made Dilnasheen question why her mother (Saba Hameed) has to find her daughter’s wellbeing in her insult only.

Even her brother, Yawar (Kamran Jeelani), found it more convenient to suspect Dilnasheen of a reunion with her former lover, Hamza (Wahaj Ali), as their own financially-downtrodden circumstances retrict him from grabbing Haider’s collar. The last thing Dilnasheen’s family wants is seeing her part ways with her husband— regardless of how unhappy she is.

Although Dilnasheen’s mother-in-law (Ismat Zaidi) coaxed her into forgiving Haider, a bigger reason behind her return was seeing her own mother and brother become strangers. Haider’s mother also brought Mehmal back to their house after Haider vowed that he won’t marry her or put her above his wife.

But a teaser of the 20th episode predicts a different story as Mehmal will file for divorce and continue making romantic advances at her cousin Haider. It also hinted that Mehmal might begin probing Dilnasheen’s past.