Is Rashid going to sabotage his marriage once again? 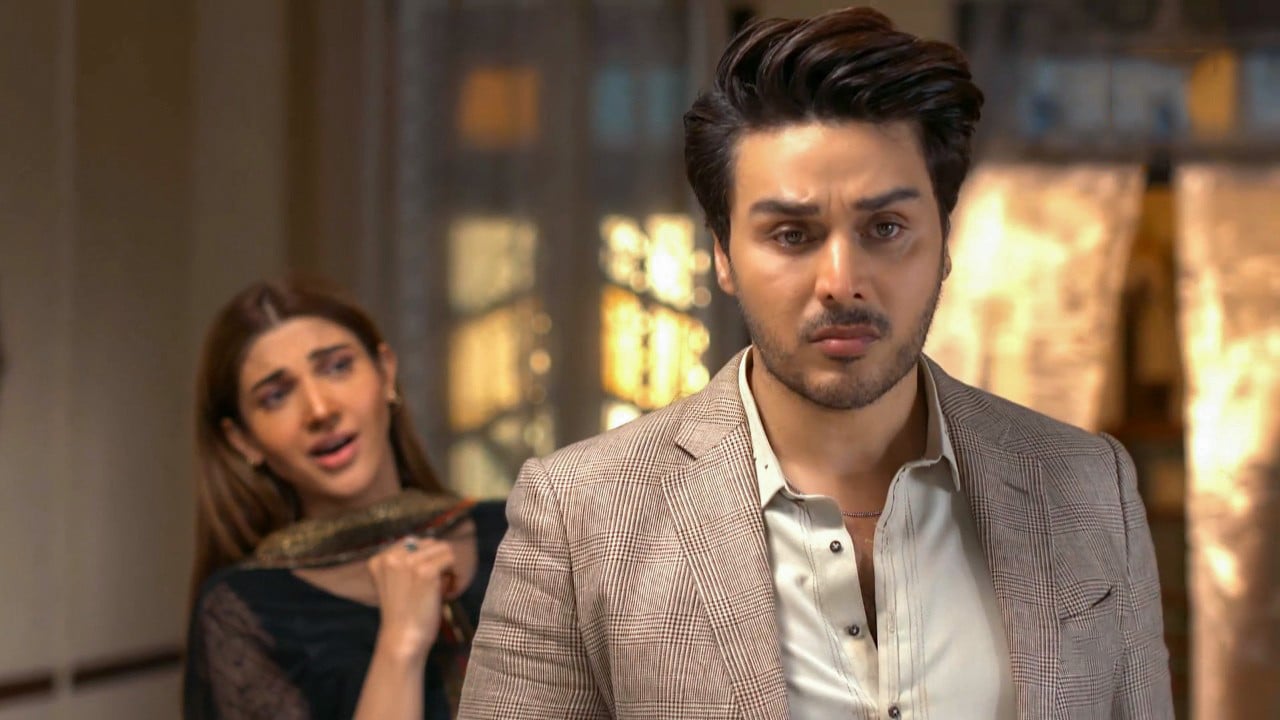 Qayamat’s script has taken the whole drama to a new level of height and fame as Rashid’s (played by Ahsan Khan) former love interest has once again come on board.

Ifrah (Neelam Muneer) has become much quieter since Urooj (Sidra Niazi) joined the clan in hopes of marrying Ifrah’s former fiancé Jawad (Haroon Shahid). In the meantime, Sana Fakhar is here to pep up the small screen with her high energy levels and the role of a stage artist and Rashid’s former ladylove Pari.

But again, it is not Pari’s love for Rashid but her need for financial support as she secretly blames him for being shot in an earlier accident. After all the loans she had to take for her operation, Pari has to insist Rashid for a reunion to save her family from entering poverty.

At first, Rashid was able to look into Pari’s eyes and refuse her offers, but Pari knows how to make things work in her favour and definitely knows how to lure him into their same old romance. Now that Pari has gotten his hopes up by reminding him of his dream to become a superstar, Ifrah can sense something odd about Rashid’s behavior towards her.

What Ifrah hasn’t sensed as yet is Fayyaz’s (Noor-Ul-Hassan) suspicious servant, Parween (Faiza Gillani), who has been sedating him with a love potion in alliance with their family friend Batool.

It was recently revealed that Nadra (Zainab Qayyum) was never really a well-wisher and her advices to Nargis (Saba Faisal) were aimed at destroying her family peace. Nadra holds grudges against her own sister over a decades-old decision which led to Mukhtaar Sahab’s (Shabbir Jan) marriage with Nargis instead of Nadra. Urooj, too, has secrets of her own.