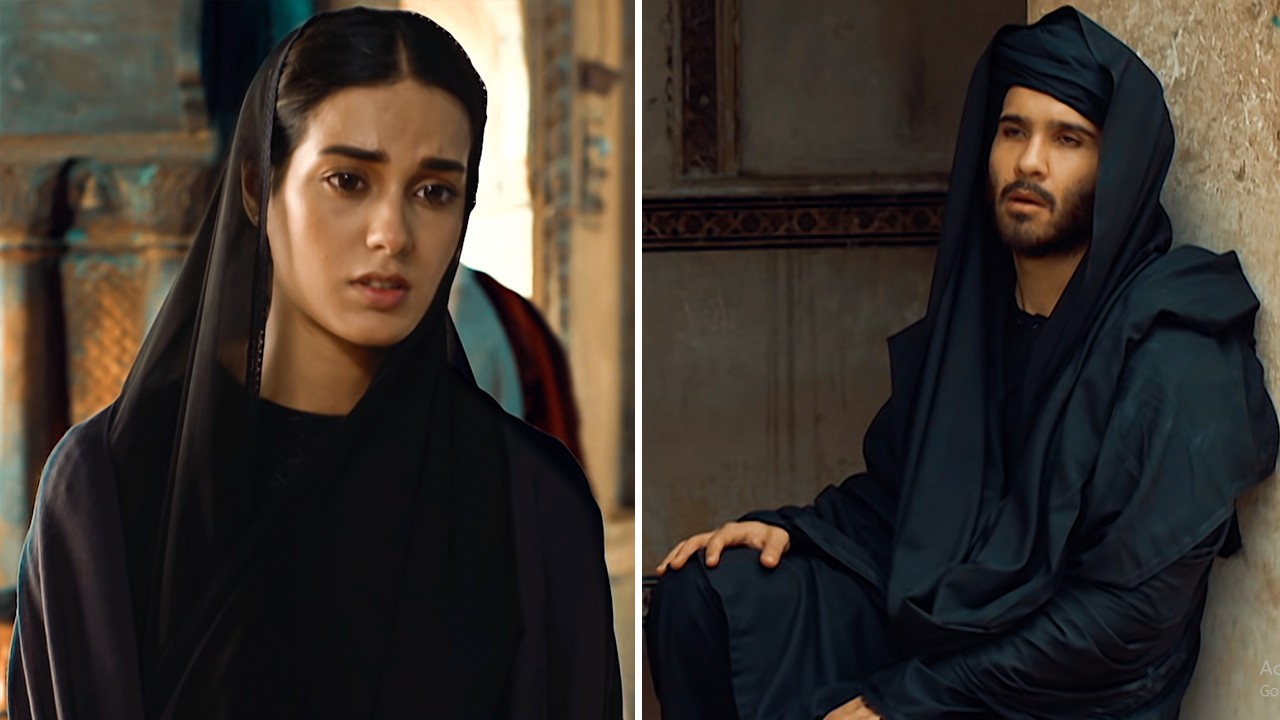 Khuda Aur Mohabbat has become the talk of the town after a handful of official teasers accumulated more than eleven million views on YouTube.

This upcoming drama serial is produced by the dynamic duo Abdullah Kadwani and Asad Qureshi under the banner of 7th Sky Entertainment, promising an unconventional love story and a spiritual journey.

Khuda Aur Mohabbat’s launch date is yet to be announced while the official soundtrack, too, awaits its release. Until then, fans have five picturesque teasers to take hints from.

The teasers firstly grab attention with scenic shots of railway stations, holy shrines and a castle-inspired house with tainted glass windows, and then leave the viewers spell-bounded with the passion in Feroze Khan’s dialogue delivery and facial expressions. His lead co-star, Iqra Aziz, also balances their chemistry with her onscreen glory.

While many viewers are fascinated with the agony in the protagonist’s voice, others are counting down the days for Urdu and Punjabi poetic verses about love and despair. The unbearable longing in the teasers pique curiosity of the viewers if, at some point, there will be joy and fulfillment in his journey.

Quite recently, some deep meaningful exchange between the male protagonist and another male dominant (a character played by Junaid Khan) stirred up more curiosity about the protagonist’s feelings of hopelessness and despair. This unconventional take on love, passion and religion also seem to have a matter of a cross-class divide by the looks of its teasers, which feature the female lead in a more glamorized setting while the male lead has a more down-to-earth approach towards life.