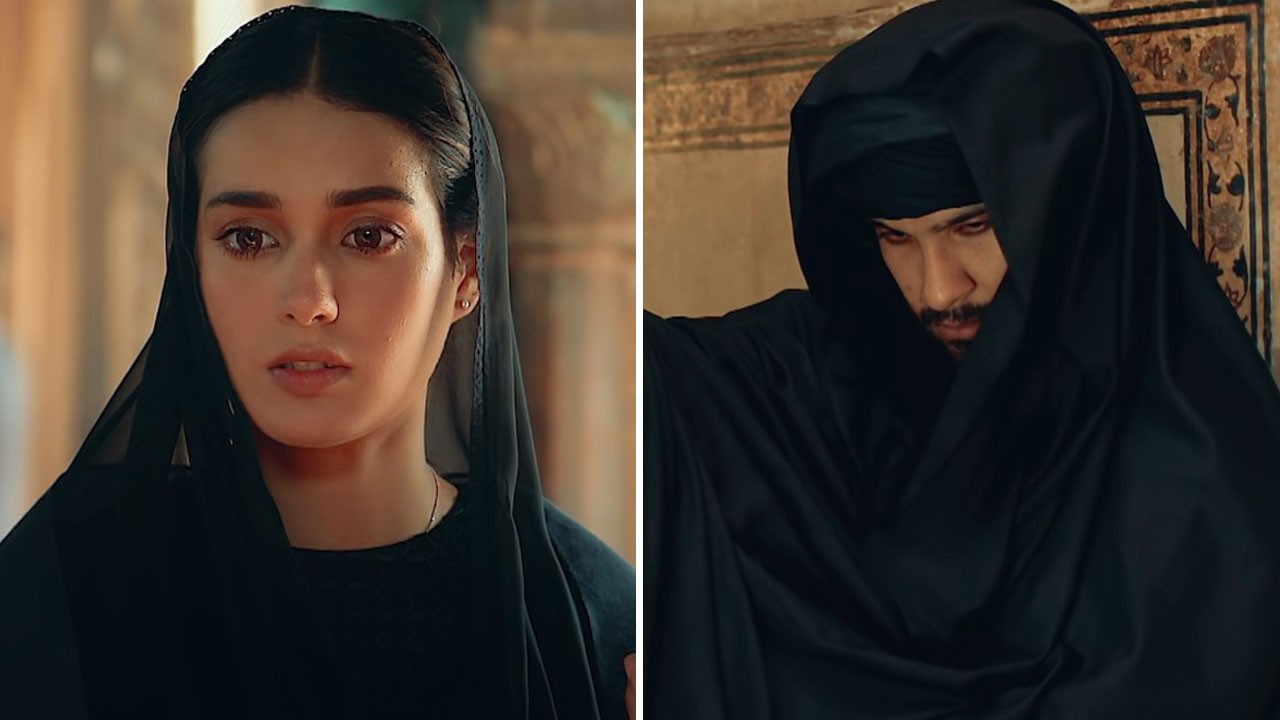 Geo Television and 7th Sky Entertainment’s countdown came to an end last night with an official teaser of the highly-anticipated drama serial Khuda Aur Mohabbat sweeping fans off their feet.

Feroze Khan’s lead appearance has proved to be inspiring in this tale of love and spirituality. The first look features Feroze Khan sitting outside a shrine in a never-seen-before look, with facial expressions that speak in depth.

Fans of the lead cast Feroze Khan and Iqra Aziz have been speaking fondly of the pairing ever since the first teaser started making rounds on social media.It keeps getting better as the teaser proceeds, featuring Iqra Aziz with an angelic glow and in a modest attire. An unspoken chemistry between the two characters has conveniently made the teaser breathtaking.

Directed by Wajahat Hussain, the cinematic visuals, too, are a boost to the project. Shots of a shrine, a railway station, and a poetic verse in the opening have made the teaser even more aesthetically pleasing.

By the looks of it, fans can already tell that this drama serial is going to be this year’s blockbuster.

While some fans are looking forward to the prose and poetry in this drama serial, others are impatiently waiting for the original soundtrack by Rahat Fateh Ali Khan.

Khuda Aur Mohabbat release date is yet to be announced, making it a suspenseful wait already. The good thing is that a handful of more teasers are yet to make waves and that, too, pretty soon.

Khuda Aur Mohabbat is a presentation of the country’s leading production house 7th Sky Entertainment owned by the dynamic duo Abdullah Kadwani and Asad Qureshi. It is written by Hashim Nadeem.