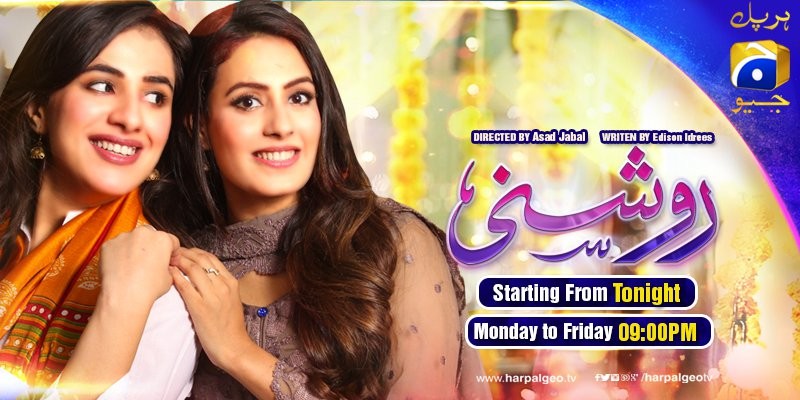 Hello Geo TV Fans! What’s up with you? Your favorite entertainment channel brings yet another motivational drama soap with the title "Roshni". Geo TV always believes in women’s education through positive scripts and pragmatic characters. The newly offering soap revolves around a courageous and valiant girl who is fully aware how to speak against any injustice and oppression. She has an optimistic approach in her dealings and she lives a life with positive energy. As people with high will-power are often tested with shaking exams in life so our "Roshni" has to clear all such obstacles to shine like a bright star.

The encouraging story of "Roshni" is penned down by playwright, Edison Idrees Masih. Asad Jabal, the man behind successful project like ‘Sangdil’ has directed the most anticipated drama soap, Roshni.

Fans! Be ready ‘Roshni’ is coming tonight at 9:00 PM only on Geo Entertainment to make your life more shining and luminous