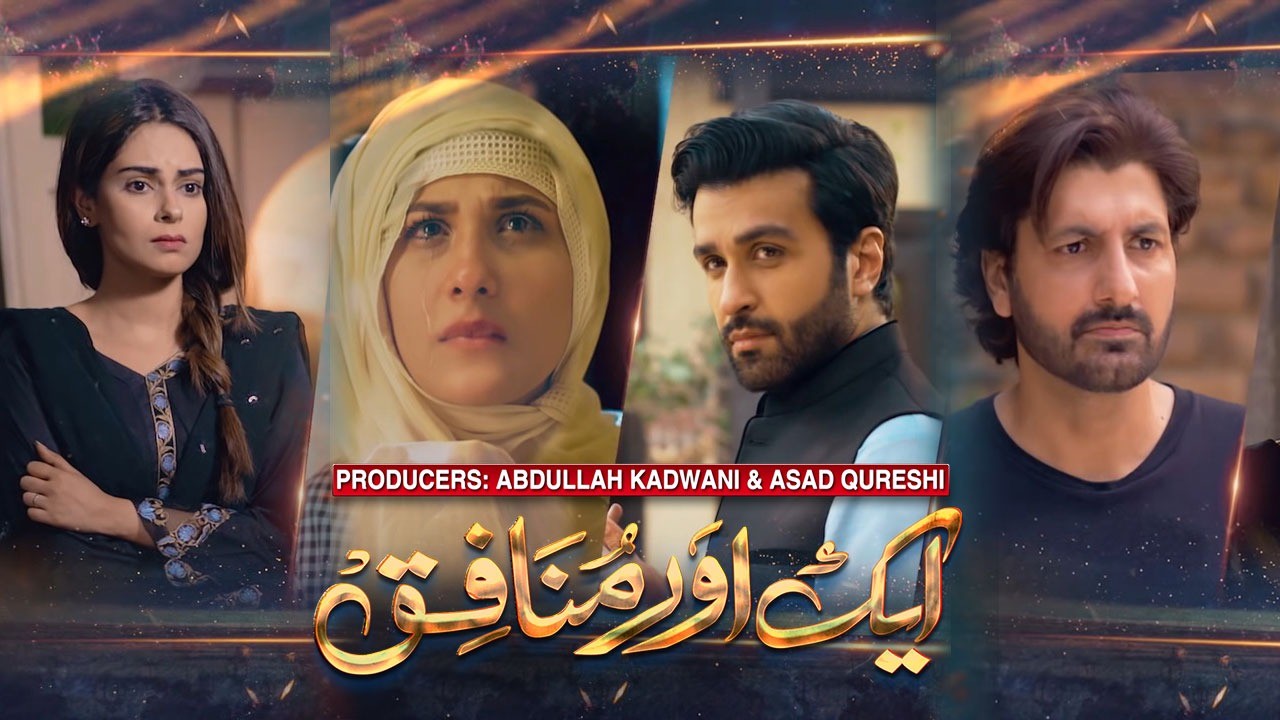 It hasn’t been long since Geo Television unveiled a new drama series Aik Aur Munafiq. This anthology show produced by the forerunner of Pakistan’s entertainment industry, 7th Sky Entertainment, has easily been crossing one million views on YouTube since it premiered less than a month ago.

Although the title says a lot about these series, there are many other facets to this morality-based series that can intrigue one to stream these.

• It gives a reality-check

One may conveniently spot a hypocrite on television screens than in personal life.

These series are more of an eyeopener to the general public on how people often cross paths with hypocrites but don’t foresee their intentions as quickly.

• Stimulates an inspiration every week

Another selling point of these series is the line of ace directors and writers, who have flawlessly captured pressing situations in each episode.

The fact that every episode ends with a positive insight gives hope. It all goes around to tell that one does not always escape from the consequences of their actions.

• Every episode is a new beginning

The series owes much of its charm to its standalone episodes and the variety of stories. If one cannot relate with one episode, they will possibly relate to the others.

Big names have always dominated Geo Television’s screen and so is the case this time with Aik Aur Munafiq. Every teaser is a new reason to why one must tune in every Wednesday at 8:00 p.m.