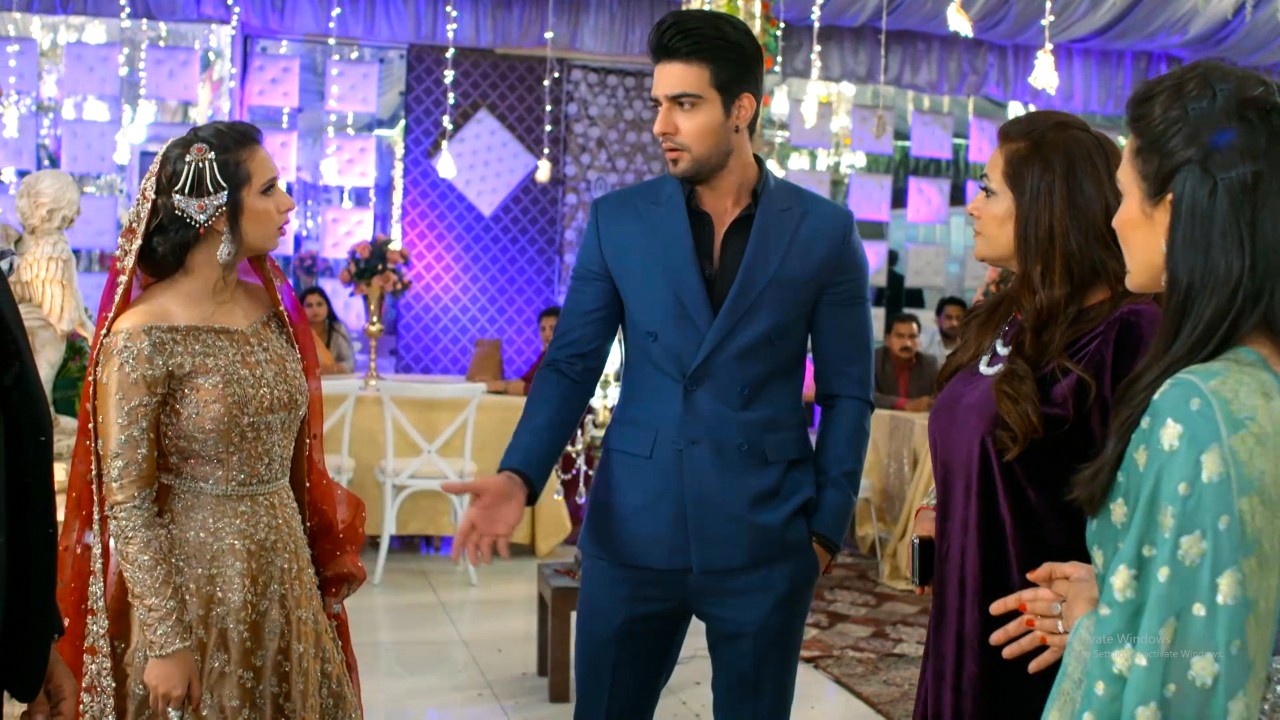 The one thing Mushk needed the most in this life-changing event was strength— the strength to bear the pain quietly as Sehba proudly showed up at her doorstep with a wedding invitation. Irtiza weds Sehba.

Gohar Rasheed, too, has a pivotal role in this drama serial as Mushk’s husband Ismail. This is where Mushk got lucky and found a true friend in her husband. At a time when she was immensely devasted, Ismail taught her that the best revenge is to smile at hatred.

The two formed a great team as Ismail escorted her to the wedding venue and assured her that everything will be alright. Nomi, too, retaliated in style which left Sehba to deal with a mess she was not prepared for.

The episode also brought Irtiza to the realization that he left Mushk for nothing. A recent teaser already shows that the incident will make him want to reconcile with Mushk. With the ball in Mushk’s court, what choices will she make?