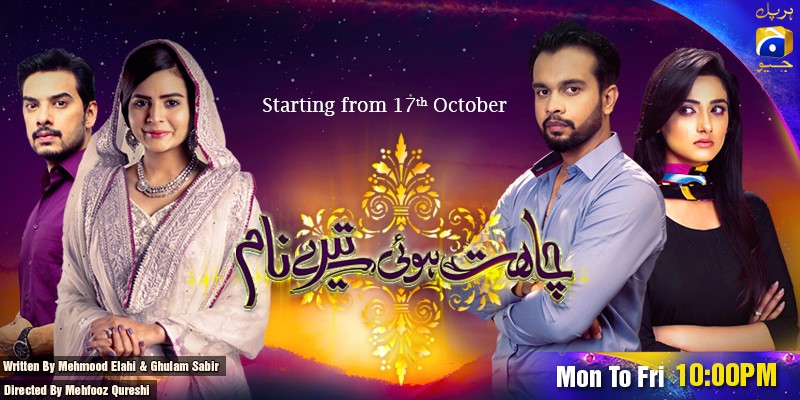 Hello drama lovers! If you peeps are already fed up with stereotyped and too predictable stories of drama soaps that are currently running at everywhere than Geo TV’s Chahat Hui Tere Naam is surely a refreshing cup of coffee for you. The fast moving plot contains roller coaster of unexpected events and hurricane of emotions that will never let you go in boredom mode. This soap revolves around the protagonist Hira, played by renowned actress Beenish Chohan. Life takes her into the situation where she becomes ‘Khala’ and mother of the same child. Not only this, she also loses the trust of her husband due to random circumstances and gets separated. What life really holds for Hira, it will be only revealed when "Chahat Hui Tere Naam" aired on Geo Entertainment.

While talking to Geo Entertainment the duo playwrights Mehmood Elahi & Ghulam Sabir told us about their debut project:

The highly engaging drama soap "Chahat Hui Tere Naam" is starting from 17th October every Mon to Fri at 10:00 PM only on Geo Entertainment.