Will Farkhanda’s conspiracy go as planned? 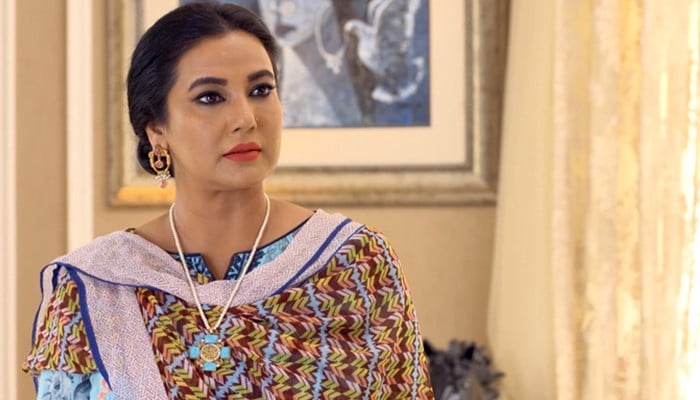 Drama serial Muqaddar’s recent episode showed that even the last few conspiracies Farkhanda could think of, failed miserably. After a dozen failed attempts of plotting against her husband’s second wife Raima, Farkhanda is still hell-bent on punishing Raima for marrying her husband.

Knowing that Raima was forced to marry Sardar Saif, Saad has made every bid to save her from Farkhanda’s traps. No matter how much Saad tries to protect Raima, Farkhanda finds a way to attack Raima. After Farkhanda recently tried to blackmail Saad by putting his engagement at stake, Saad, too, became adamant that he will not go against his future father-in-law, Sardar Saif, even if it means losing his fiancée Abeera.

Stuck between two opposites, Abeera struggled at first to decide whether or not she should blackmail Sardar Saif to divorce Raima at the expense of her relationship with Saad. However, knowing that Sardar Saif will never leave his second wife, she found it more important to demand transfer of all of Sardar Saif’s properties to her name— which he refused. With Raima now expecting a child with Saif, he makes it clear that there will be a division of properties but not as long as he lives.

Quite recently, Raima’s ex fiancé, Haris, also found out about the reality when his father told him how Raima never married for money and was rather abducted and forcibly married to Sardar Saif. But on the other hand, Farkhanda makes another call for murder— this time to close Raima’s chapter forever.

A recent teaser shows that Sardar Saif saves Raima by taking the bullet himself and Abeera confronting her mother for her actions. With Sardar Saif no better than his first wife himself, is his assassination going to be good enough for the ending? Or does the last few episodes have another twist in keep?