Is Farkhanda’s next conspiracy going to be life-changing? 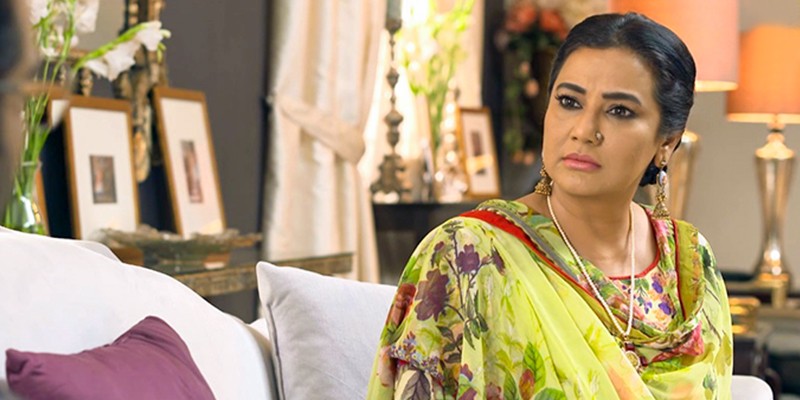 It has been quite odd seeing Raima fall in love with her kidnapper and abuser, Sardar Saif ur Rehman. Starring Faysal Qureshi as a feudal lord, drama serial Muqaddar finally made Raima admit to having feelings for him— the man who mercilessly separated her from her fiancé and her family, and then married her forcibly.

Seeing no point in fighting the invincible, Raima accepted her fate. As if the misery of losing her loved ones wasn’t enough, she demanded to move to Saif House, where his first wife and his daughter reside. Thinking that moving into Saif House would ‘bridge the gap’ between him and his immediate family – she mistook her naïve reasoning as ‘an act of kindness’.

As if the humiliation of being replaced by a girl her daughter’s age wasn’t enough to break his first wife Farkhanda, the drama serial recently gave her another shocker of her husband expecting a child with Raima. The past few episodes have been all about Farkhanda plotting against her husband’s second wife, Raima. Imagine the agony of a woman who sought her husband’s admiration her entire life but could never be seen as Begum Sarkar (most beloved wife).

However, Farkhanda didn’t seem to lose hope and has been trying to reclaim her position in the house— unfortunately at the expense of Saad and Abeera’s happiness lately. Although all her conspiracies seemed to backlash, Farkhanda came up with yet another conspiracy to attack Raima. Farkhanda’s future son-in-law, Saad, managed to protect Raima yet again by putting his own relationship with Abeera at stake. With Sardar Saif still alive, Will Farkhanda’s threats ever harm Raima or those who protect her?