Is there going to be an escape for Umeed from endless torment? 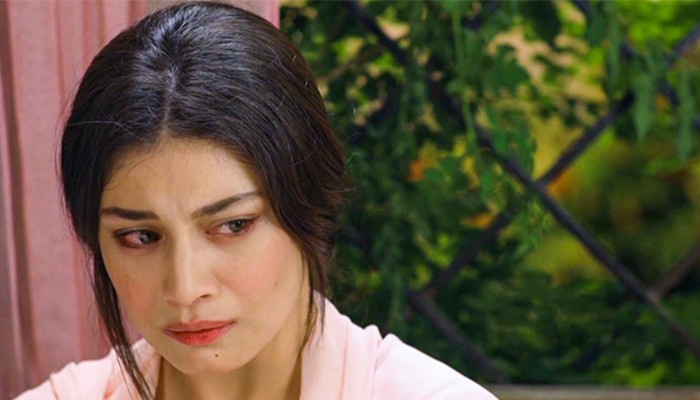 Geo Television introduced us to drama serial ‘Umeed’ earlier this September— highlighting the social problems faced by children who belong to broken families in this society.

This emotional drama serial captures how its fictional character, Umeed, is treated like an outcast by her own blood relatives. Although Umeed had refused to live with her mother after her parents’ split in her childhood days, endless taunts on her parents’ divorce have haunted her for years.

The main leads of the show are Sidra Batool as Umeed, Erum Akhtar as Umeed’s mother, Zainab, and Kashif Mehmood as the father, Saleem. After 28 episodes, this drama serial has now introduced us to the brave side of Umeed, who is tired of her mother’s character assassination. Although she bears every torment her relatives throw her way, hearing people speak ill of her mother’s character is where she draws the line.

As for the reason Zainab parted ways with her first husband, Saleem still fails to give his daughter a good life. Umeed’s paternal relatives, on the other hand, have only made her life worse with constant harassment. As if her aunt’s constant hatred wasn’t enough, Umeed’s cousin Guriya adds fuel to the fire by blaming Umeed for all her troubling acts. Her other cousin, Jamal, also never fails to make Umeed uncomfortable. Umeed recently reached her turning point after her eldest cousin, Amjad, too, approached her indecently.

All these episodes led to one question, will Umeed ever go back to her mother? Although Umeed did find the strength to make a phone call to her mother, but was unable to speak a word. A recent episode showed that Umeed’s mother finds out about the dire situation her daughter is in from elsewhere and she rushes to meet Umeed. But before the mother daughter duo could reunite, Saleem intervenes and puts Umeed through another test. At least there was some hope of a good fortune for Umeed. But a recent teaser showed Tamanna humiliate Umeed even in front of Fawad’s mother when they ask for her hand in marriage. Disappointed by their conduct, Fawad’s mother leaves from their house empty handed. But is Fawad the only man with a good heart?

It is apparent that Tamanna did so out of greed as she had finalized talks for Umeed’s marriage with a wealthy man but with slight physical impairment. The past few episodes also drew attention to how the society devalues a good person just for their physical impairment.

Will Fawad convince his mother before it’s too late or is Umeed destined to marry as per her aunt’s choice? And now with Amjad’s threats adding to her worries, has Umeed made a mistake by staying with father?

Umeed is a presentation of the country’s leading production house 7th Sky Entertainment owned by the dynamic duo Abdullah Kadwani and Asad Qureshi. This drama serial is written by Mehrunisa Mustaqeem Khan and directed by Zahid Mehmood.