GEO ENTERTAINMENT PRESENTS "HAASIL" - A WAR BETWEEN NARCISSISM AND INSECURITIES 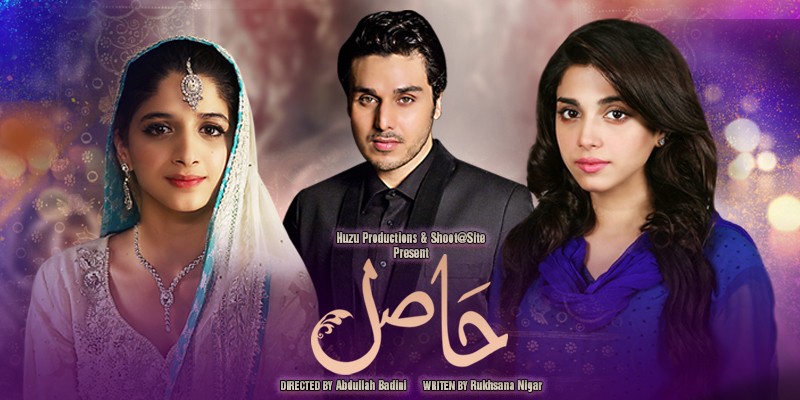 Hello Folks! What’s up with you? Geo Television (Pakistan’s most watched entertainment channel) once again brings you highly engaging TV show with topnotch cast from our showbiz industry. This offering is "Haasil" revolving around two female friends having contrasting personalities and family backgrounds.  Hareem and Rimsha, the two of a college mates once involved in personal attacking arguments and throw the mud over each other. This quarrel ignites the desire for revenge in Rimsha’s heart. She takes the oath to herself to destroy the life of Hareem and will left on stone unturned to make her practical example of misery and victimization.

Here are some interesting facts about drama cast:

Pakistan’s heartthrob and dapper none other than Ahsan Khan is pairing with Mawra Hocane for the very first time on Geo Television screen. He already did some magnificent projects with Geo Entertainment like Shaam Dhale, Mehandi Wale Haath, Kaahe Ko Biyahe Badais, Mirat Ul Uroos, Banjar, Takay Ki Aaye Gi Barat and Meri Zindagi Hai Tu. Mawra who played the leading role in Geo TV’s Maryam, once again appearing with a prominent character of Hareem. She will be seen as religious girl but at the same time pretty judgmental towards other people. Another ingredient to complete the recipe of "Haasil" is Sonya Hussyn. She is playing the antagonist; her arrogant and disturbed personality can be trace to some horrible event took place in her childhood. Sonya has already worked in Soha aur Sawera and one telefim Badtameezdil with Geo TV.  Peeps! It will be amazing to see all these stars on television screen together as they all were the part of splendid movies in Bollywood and Lollywood.

Drama serial "Haasil" will hit your screen tonight at 8:00 PM only on Geo TV