Will Umer let Roshni interfere in his married life? 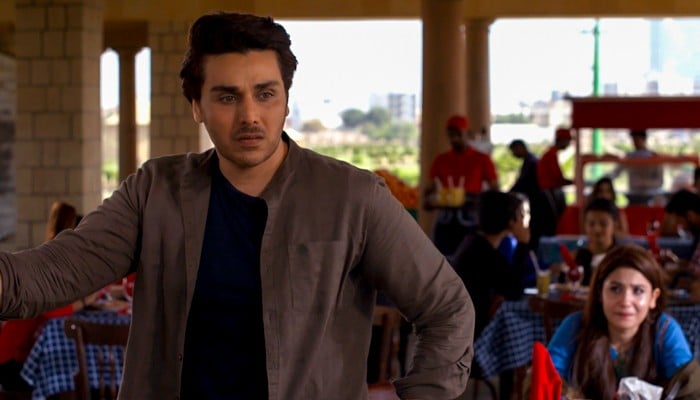 Bandhay Ek Dour Se audience watched Umer’s family make a mockery of marriage in their innocence by marrying off two grown up adults for all the odd reasons. Although the ship sailed pretty smoothly and the two cousins married each other without creating a scene, the storm in their path is inevitable.

Maheen had tried many times to tell Umer the ugly truth about his lover but Umer refused to believe her. Seeing him blame himself for betraying Roshni, Maheen found it best to let Roshni be the bearer of the bad news— unaware Roshni’s intention has changed.

Once again, assumptions draw the couple closer to the storm. Umer is still not aware of the truth Roshni is withholding and Roshni is convinced that she still has Umar’s attention.

Although Umer doesn’t blame his cousin-turned-wife Maheen for the sudden change of events, he also doesn’t find it in good taste to “pretend to love her” while his heart belongs to Roshni. A recent teaser shows that miscommunication will take a toll on Umar’s marriage and he will end up making promises to Roshni again.

However, this family saga has a few sensible characters as well and we’re looking forward to the role of Umer’s elder brother in this situation when Umer will tell him about his actual love interest. It is also to be seen if Roshni will ever get exposed for her own blatant lies.

As for Umer’s crackhead mother, Razia really has every viewer in a state of shock. Her warm welcome for newly-wedded daughter-in-law Maheen, whose mother she had hated for years, has been hard to digest. However, this witty family saga has given a breath of fresh air to the audience.

Bandhay Ek Dour Se will air twice a week on Wednesday and Thursday at 8:00 p.m. on Geo Television.

Bandhay Ek Dour Se is a presentation of the country’s leading production house 7th Sky Entertainment owned by the dynamic duo Abdullah Kadwani and Asad Qureshi. The drama serial is directed by Ali Faizan Anchan and penned by Faiza Iftikhar.