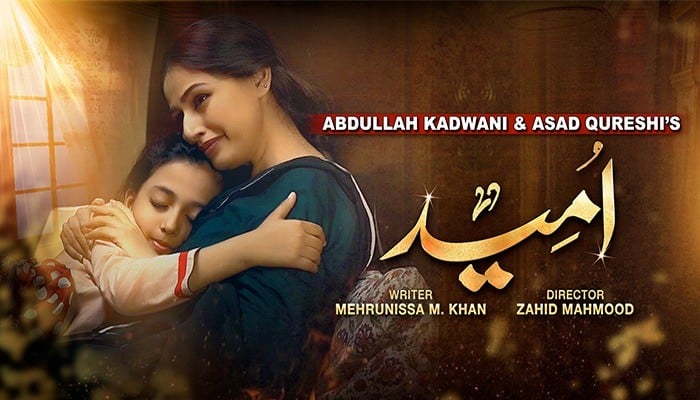 A new drama serial on the social stigma attached to divorce has taken wings— this one centered around children who come from broken families.

Umeed is a presentation of the country’s leading production house 7th Sky Entertainment owned by the dynamic duo Abdullah Kadwani and Asad Qureshi. Written by Mehrunisa Mustaqeem Khan, this drama serial captures the plight of a fictional character ‘Umeed’ whose identity is reduced to the fact that her mother is a divorced woman.

Although Umeed’s mother separates from her husband for legit reasons, the drama serial shows that she tries her best to protect her daughter from the wrath of this taboo. Umeed’s mother tries her best to exit poverty and earn a stable lifestyle on her own— something her husband was unwilling to provide. Despite having a strong mother, Umeed’s biological father manages to brainwash her into believing that her mother is a bad woman for remarrying.

The fight for custody goes on and Umeed grows up with low self-esteem, self-doubt and a variety of taunts for something she isn’t responsible for. With her deteriorating mental health, she leaves it on others to decide who she is and what’s her worth.

Directed by Zahid Mehmood, Umeed really captures all the emotions that justify why every character reacts the way it does— starting off with a household entangled with shackles of poverty.