Will Shahjahan fulfil the promise he made to Mehru? 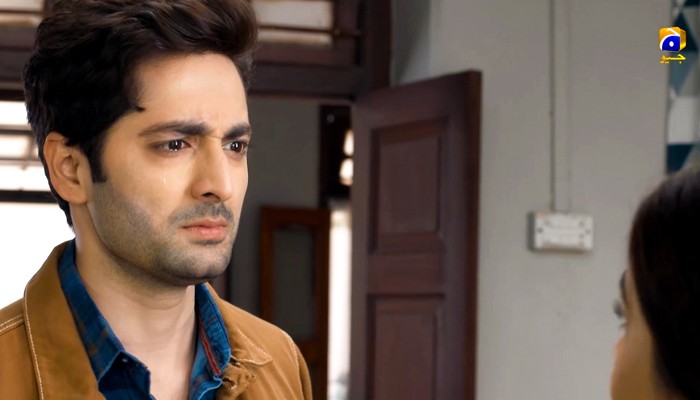 Drama serial Meher Posh has recently arrived to the point where Ayeza Khan and Danish Taimoor’s admirers can see fireworks between their on-screen characters, Shahjahan and Mehru.

Shahjahan’s unspoken attraction towards Mehru easily took him 20 episodes to finally communicate his feelings verbally. Mehru also reciprocated to his feelings but just when they exchanged their promises to stand by each other, Shahjahan’s mother sent a marriage proposal for Mehru’s sister.

However, this isn’t where we blame miscommunication. When Shahjahan’s mother tells him that Nusrat is planning to marry off both her daughters at the same time, he immediately asks if they have found someone for Ayat— unaware that his mother is secretly finalizing talks for his marriage with Ayat instead of Mehru.

A recent teaser showed that Kaneez will keep her son in the dark until the moment she puts the engagement ring on Ayat’s finger. Mehru will be left shattered once again but it is to be seen if she will be picking her broken pieces alone this time.

In all the episode, the audience had seen Shahjahan stand by Mehru out of goodwill and respect for her deceased father. However, this time they’re seeing Shahjahan reflect on his growing feelings for Mehru.

Although Shahjahan sees Mehru as a strong and beautiful person, his mother’s mindset is poles apart. The fact that she is only compassionate towards Ayat but disregards Mehru’s kindness and taunts her for being divorced reveals the real reason behind her hatred for Mehru.

As for what his mother has put them through, another glimpse from the recent teaser shows a clash between the son-mother duo. However, it has also hinted that Shahjahan will come out stronger and show what promises actually mean to him. But will Mehru have enough courage to agree to court marriage? Whose happiness will matter more to Nusrat after overhearing Mehru’s conversation with Shahjahan?