Will Sultan be held accountable for all the things he has done? 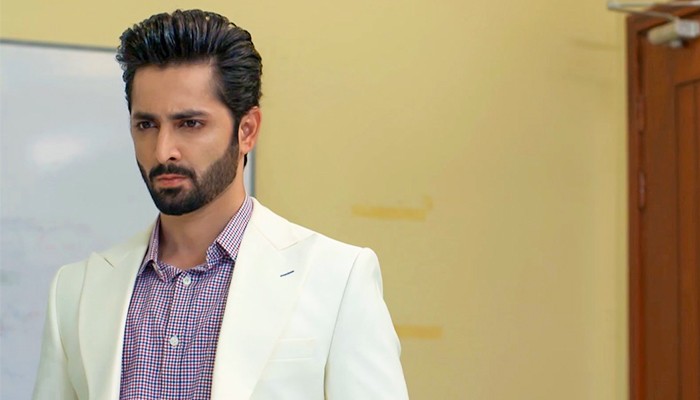 Drama serial Deewangi is nearing its end with its audience glued to the screens for answers. Whether Nageen will return to her former fiancé Sultan will be revealed in the finale only. But will Sultan ever pay the price for the bad he has done? His recent conspiracy was threatening Nageen’s doctor to cause a miscarriage. Although this side of Sultan didn’t remain hidden from Nageen, there’s nothing she can do to avenge Sultan.

The most she could do was tell Haroon the whole truth about Sultan Durrani to protect her marriage— by risking it all. But can an ordinary man like Haroon defeat an influential businessman and politician like Sultan— especially when Sultan has no one to lose but Haroon has a mother, a sister, a wife and a former girlfriend, Ramsha, dying to start over with him. Which also brings the viewers to wonder how much of the truth will Haroon find out about Sultan’s conspiracies. Will the curtains also raise on the fact that Sultan himself plotted Ramsha in Haroon’s life?

Although Haroon was on the verge of divorcing Nageen, it is apparent that he still has a soft corner for Nageen. The recent teaser, has however, given a lot to look forward to. Nageen will finally find the courage to tell Haroon the rest of the truth. The teaser also hinted that Haroon will rush to Sultan’s office to confront him. The audience has surely seen women find their way out after threatening Sultan Durrani but will it possible for a common man like Haroon to walk out alive? Or will Nageen clear the whole mess herself?