Whose life will get worse with Raima’s entry into Saif House? 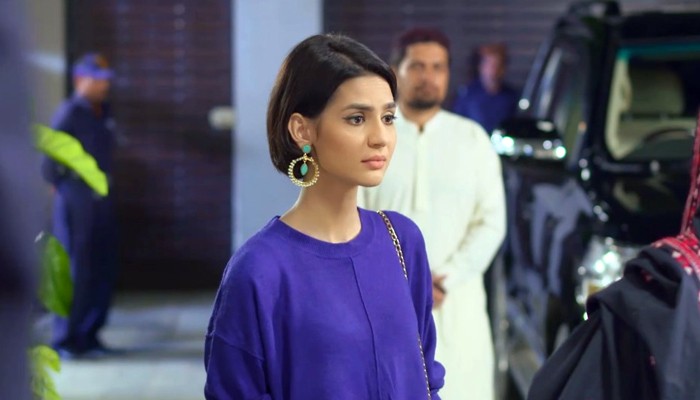 Muqaddar’s teasers when the drama serial first kicked off seemed as if Raima will spend the rest of her life weeping. The past few episodes showed the contrary. Raima has adapted to this new lifestyle pretty well— knowing that being rebellious will take her nowhere. Her agreeableness has also been pretty rewarding in some ways. Sardar Saif is more kind to her after returning from their honeymoon. Although the farmhouse she resides in with Sardar Saif means living in isolation, her desire to move into Saif House might make her life worse.

There is no denying that her desire to move into Saif House may have come in good intention. But is it worth risking her own peace? Although it is understandable that Raima doesn’t want to distance Saif from his family given that he wasn’t paying enough visits to his immediate family. But she’s not realizing that her good intention might add fuel to the fire. Sardar Saif’s decision to marry her was not her fault, maintaining peace in the marriage was not her choice either, but demanding to move in with Saif’s first wife and his daughter is an offence she’s causing on her part. Surprising enough, Farkhanda had not reacted strongly to her husband’s second marriage. But seeing Raima in her house will surely add salt to her injury.

It is to be seen if Abeera is going to be welcoming towards Raima. A recent teaser has already marked the entry of Raima’s entry into Saif House, which raises many questions. Will it be Raima or Farkhanda whose life will get worse? Will Saif be able to protect Raima from all the torments she’s likely to face? And with Abeera finally drawn towards Saad, will he be able to reciprocate to her growing feelings after crossing paths with Raima again?

As for Haris, the only way to earn his generosity is by caring for his ailing mother. Although Maha puts her heart and soul to win his appreciation, it takes only one mistake to dismantle their whole relationship.