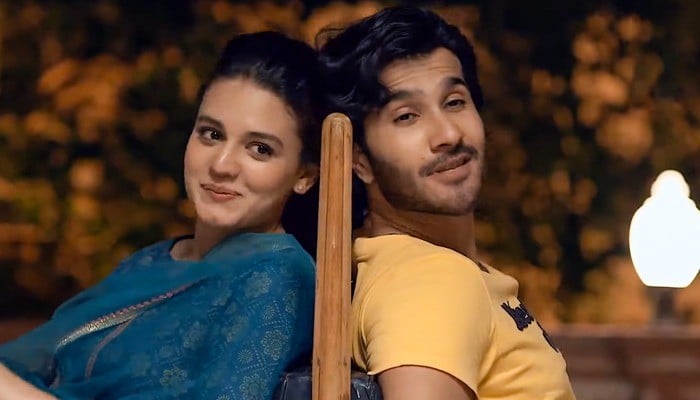 It is one of those times again when Pakistan’s leading production house kicks off a new project. Sometimes it is the mesmerizing teaser that enthralls the viewers, and most times it is the star-studded lead.

Here we are looking at another fascinating lead starring Feroze Khan and Zara Noor Abbas— making their fans watch the teasers over and over again. The beauty, innocence, and warmth of love in the teasers of Dil Tera Hogaya has all of its viewers sold.

As much as the teasers have piqued everyone’s curiosity, there is going to be some waiting until they reveal when this telefilm will premiere on television screens.

As for now, fans are singing praises of Feroze Khan and Zara Noor Abbas for their sweet on-screen chemistry. It is apparent that the two love birds happen to live under the same roof by the look of the wardrobe and makeup. The sweet and innocent dialogues also hint it might be their first love.

What the teaser has not revealed is that it is a family-centric story. Written by Saima Akram Choudry, their mothers happen to be sister-in-laws living under the same roof. In their love-hate relationship, Fahmida’s son Anas is no less when it comes to conspiring against his aunt Zubaida. Zubaida’s only daughter, Roma, also does not leave any opportunity to retaliate. Then how do these two end up as those hopeless romantics seen in the first teaser?

Its spellbinding soundtrack is another thing we cannot leave without due compliments. With power vocalists Aima Baig and Ali Tariq, the original soundtrack is doing its own magic with fascinating lyrics and a defined melody. So far, this enchanting teaser has garnered more than 1 million views on YouTube.

Directed by Aehsun Talish, the teaser has already shown us promises of all sorts. But in efforts to protect the love they share, will Anas and Roma be able to clear the misunderstandings between their families?