Will Irtiza be able to protect his relationship with Mushk? 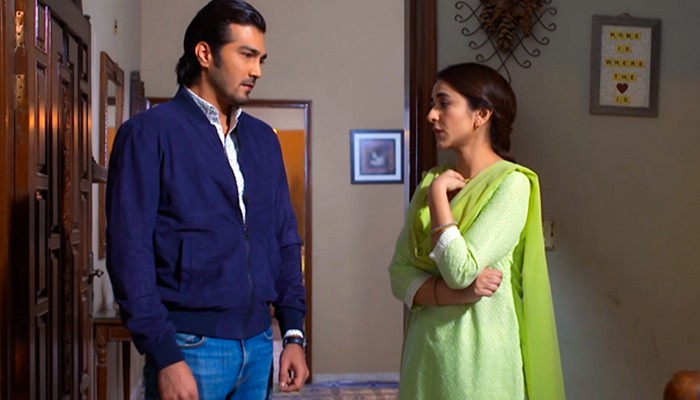 Raaz-e-Ulfat’s teaser had long before hinted that a storm will come in Mushk and Irtiza's life. The couple did not realize they were playing with fire when they trusted Sehba with their secret.

Starring Yumna Zaidi and Shehzad Sheikh as the lead couple, Raaz-e-Ulfat has been portraying how putting her trust in the wrong people costed Mushk her peace.

Soon after meeting Sehba whose freedom fascinates her, Mushk then opened her eyes to the beauty of love as Irtiza expressed genuine interest in her. Mushk is unaware that her so-called best friend, Sehba, will actually be the one spewing venom at her relationship with Irtiza.

That friend who has been schooling Mushk to break free from her parent’s conservative norms will label her as a hypocrite. Raaz-e-Ulfat’s audience has already reached the part where Mushk and Irtiza’s fathers have learned about their relationship.

On the other hand, Sehba is also daydreaming of Irtiza now that her parents have also expressed interest in Irtiza. Although a recent teaser shows that Irtiza will refuse to marry Sehba, he will soon learn that his father is no less of a rigid person when it comes to social status.

Unlike Irtiza’s mother, his father isn’t someone who would welcome Mushk as his daughter-in-law solely on the basis of her modesty.

Sehba has already done much damage by ruining Mushk's credibility, with her own father now discouraging her from pursuing further education.

When Mushk criticized her mother and her sister for suffocating her with their conservative norms, they reminded her that she, herself, is the one to be blamed.

Written by Maha Malik, Raaz-e-Ulfat surely has weight in its dialogues, especially when Mushk’s mother told her that her own worth in the house is no less than a teacup, which her father has left unattended.

On the other hand, the great impression Irtiza had made on Mushk’s father also did not buy him enough time to convince his own father for Mushk. With a short deadline for Nikah, Irtiza left from Mushk’s home disheartened but promised her that he will take her away.