Will Haroon let Nageen’s past affect his marriage? 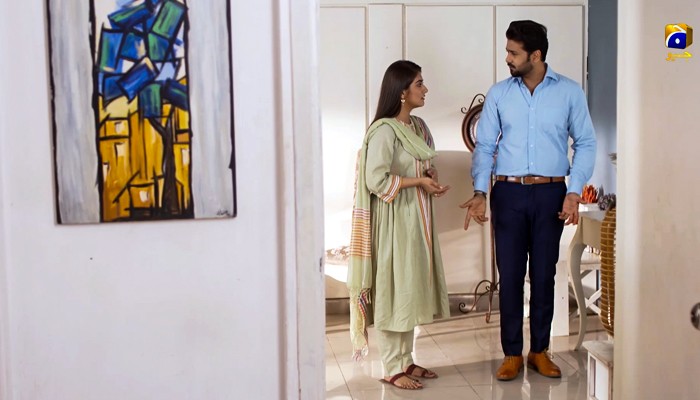 Deewangi's makers are seeing the audience divide now that the most-anticipated character, Sultan Durrani, has reentered Nageen’s life. While half the viewers are rooting for her ex fiancé Sultan, the rest are sympathising with her husband Haroon.

A recent teaser led to disappointment towards Haroon. All this time the audience remembered him as an open-minded person who married Nageen without caring about her past.

Despite knowing that Nageen had a troubled past, he had refused to hear a word about it when he first met her. He instantly fell in love and insisted on marrying without interrogating about her past.

Now even with Sultan Durrani back in the picture, the antagonist isn’t to be blamed for the way Haroon is reacting. And definitely not for how Haroon will take offense upon finding that Nageen was once a bus hostess.

That menial job that seems problematic to Haroon, never made Sultan upon frown it in the first place. Sultan’s obsession remained the same even after learning that Nageen and Haroon are expecting a child together. Sultan surely scores some points here for being accepting of Nageen as well as those factors that come off as flaws to others.

Sultan has made his next move by introducing his best friend, Fawad, to Haroon’s family as a possible match for Haroon’s sister. Even though Fawad warned him of the consequences, Sultan is adamant on wrecking Nageen’s marriage so he can marry her.

Another obstacle Sultan has plotted in Nageen’s married life is Haroon’s ex-girlfriend Ramsha. With 33 episodes out, a recent teaser shows how Ramsha will become a subject of argument between the married couple.

On the other hand, Ramsha will unfold some secrets which Nageen wanted Haroon to know before marrying her but he refused.

It is yet to be seen how Haroon will react upon finding out about the history Nageen shared with Sultan. Will Haroon let these facts affect his marriage? Or is Sultan Durrani going to get what he desires?