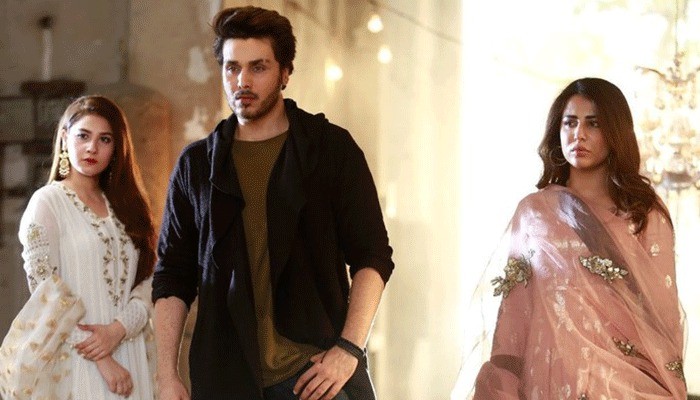 It has been two weeks since Geo Television kicked off a new drama serial for Thursday nights.

This morning, the star-studded cast of Bandhay Ek Dour Se woke up to a pleasant surprise with the drama serial as well as the lead actor trending on Twitter.

With #AhsanKhan and #BandhayEkDourSe among the top trends, the drama serial garnered much attention from social media users with fans speaking glowingly of Ahsan Khan and his onscreen charisma.

With Ahsan Khan’s fans anticipating the arrival of the drama serial and his extraordinary acting skills, Ali Zafar also sang praises for him in a tweet— wishing him good luck.

A handful of behind-the-scenes pictures of the lead cast also surfaced on Twitter as fans heaped praises on the drama serial.

For all those who have seen Ahsan Khan reach a zenith in his acting career, it’s the never-seen-before cast that is keeping things exciting.

Some picturesque teasers have given a lot to look forward to with Ali Faizan behind the fine direction of the drama serial.

The original soundtrack for the drama sung by the versatile Sahir Ali Bagga and Hadiqa Kiyani has also cemented its place with nearly 2 million views on YouTube.