Which Raaz-e-Ulfat character will suffer more in the episodes to come? 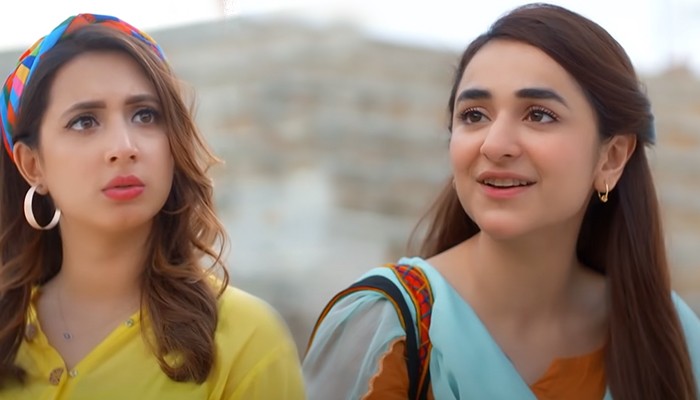 Raaz-e-Ulfat has painted a beautiful life for Mushk and Irtiza so far with 12 episodes out. Making sandcastles at the beach, having heartfelt conversations, spending more time together— the two love birds are happier than ever after getting the blessings of Irtiza’s mother.

Produced by Abdullah Kadwani and Asad Qureshi, the drama serial features Shehzad Sheikh and Yumna Zaidi as Irtiza and his sweetheart Mushk. The past few episodes captured their growing love for each other which was free of any obstacle. However, their beautiful relationship has reached the point where the actual challenges are just around the corner.

Raaz-e-Ulfat is all set to give an eyeopener to its characters in the next episode. Looking at the recent teaser, it’s evident that a love triangle is in the making. The teaser shows that Mushk’s so-called best friend, Sehba, will set herself free from Nomi’s half-hearted love.

On the other hand. Mushk’s parents have consoled Ismail enough to move on in life for his children’s wellbeing. Their unconditional support during his darkest days has encouraged him to remarry after the demise of his first love.

Although Mushk’s neighbour has expressed her interest in him, it is yet to be seen if the matter will actually go in Ismail's favour. Nursing Ismail’s mentally-challenged sister, Mohini, is one of the responsibilities his first wife, Gaiti, had taken care of with love and patience.

The next few episodes will, however, burst the fantasy bubble Mushk is living in. The fact that Sehba is no longer Mushk’s well-wisher is one obstacle the audience can already see coming. Even though Mushk rushed to the hospital upon hearing about her so-called friend, Sehba still holds grudges against her. Mushk is unaware that the friend who always schooled her to let go of her family’s old-school norms is the one who’s going to stab her in the back.