What does it take to be Sardar Saif Ur Rehman? 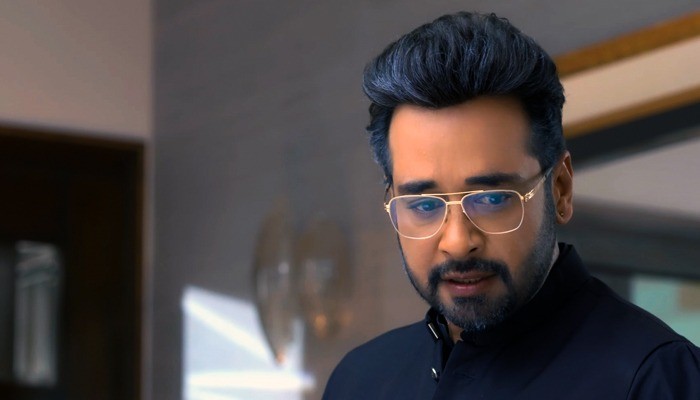 In over a decade and half, 7TH Sky Entertainment has raised curtains on various fictional characters that actually take root from the society we belong to.

Whilst the production powerhouse condemns acid spilling, workplace harassment, unfounded accusations, abduction and other human tragedies in its drama serials, it also captures such mishaps to help the viewers identify those black sheeps early on.

Featuring Faysal Qureshi as an antagonist, Muqaddar introduced the audience to Sardar Saif Ur Rehman, a fictional character known as an influential feudal lord and a philanthropist. Seeing how far he has come with the abuse of his power, we really wonder if there was anything Raima could have done differently in the beginning so Sardar Saif wouldn’t have set his eyes on her in the first place. Unfortunately, the answer is no.

For even a highly professional person like Raima (a young character played by Madiha Imam), there wasn't much she could do to save herself from a person who is sick to the core. Even her strict work ethics and commitment to her fiancé (played by Ali Ansari) could not save her from getting abducted by Sardar Saif's goons.

Although every influential character comes with some weakness, Sardar Saif doesn’t seem to feel intimidated by anyone. With 18 episodes so far, the writer Iqbal Bano has shown how he feels more invincible with each day that passes.

His soft corner for Raima doesn’t give her the liberty to even change his mind. His immense love for his daughter Abeera (played by Sabeena Farooq) doesn’t mean she break her engagement with her cousin Saad (played by Haroon Shahid). Although Sardar Saif feels his family is incomplete in Saad’s absence, he doesn't hesitate in putting Saad in his place if he questions his second marriage. As for his first wife Farkhanda (played by Ayesha Gul), Sardar Saif’s servants get to see him more often than she does.

The recent episode showed that Sardar Saif has controlled Raima to a point that despite seeing her former fiancé in her dreams, she has to brush away all her feelings and put on a smile for Sardar Saif. Her only wish is to remain loyal to her husband.

As miserable her life could get, Sardar Saif even tells Raima that she is bound to fall in love with him. Even though she told him earlier how love is never planned, he forces her to convince herself that she has to be in love with him no matter what happens. Sardar Saif then finds that even Haris has steered clear of his way and is marrying his neighbor.

Despite having the power to pay a newspaper to run a fake scandal against her daughter's lover,  Sardar Saif's first wife stands helpless when it comes to the choices he makes.

It seems that there isn’t anyone strong enough in this scenario to tackle Sardar Saif Ur Rehman. Which brings us to think, will Raima really spend a lifetime with half-hearted appreciation for Sardar Saif? Or is an unexpected turn of events going to teach Sardar Saif a lesson?

Muqaddar is a presentation of the country’s leading production house 7TH Sky Entertainment owned by the dynamic duo Abdullah Kadwani and Asad Qureshi. The drama serial is directed by Shehrazade Sheikh.

Muqaddar airs every Monday at 8:00PM on Har Pal Geo.